What are the examples of work motivation?

There are several ways and classifications to understand work motivation, among the most prominent and famous in work psychology are the intrinsic, extrinsic and transcendental, these three can connect with each other to determine a motivated worker, depending on the circumstances of the nature of the work and if the employee feels and applies the three types of motivation.

Look at all about motivation in business

The extrinsic motivation can be seen in the advantages and rewards that the person is going to obtain from performing a job, such as the salary and benefits present in the company where he works. One of the most extrinsic motivators is the promise of promotion to a role that involves more promotion and movement for more pay, which is the promise sought by most employees starting at the bottom of a company.

Finally, transcendental motivation can be seen in the feeling that it represents transcending the rewards to promote projects for the benefit of others that are the product of their work, if in their position, the employee feels satisfaction in helping others or if their performance is for a humanitarian purpose that produces personal satisfaction that they are helping others to solve problems. It is also reflected in the altruistic positions, before disasters that have affected thousands of people at a patrimonial and personal level, such as the philanthropists who support with substantial aid to victims of natural disasters and warlike events.

We will try to give concrete examples where we will use the three types of work motivation, in addition to including techniques and strategies that the employee or manager can use to motivate themselves and to motivate their employees to improve their work performance.

We understand that the techniques are those used to counteract all those negative aspects that prevent motivation at the internal level, such as removing apathy and laziness when working either by the hour or because the work can not be very entertaining. It is a matter of removing excuses that the worker himself can make in a subjective way for not performing his job correctly.

On the other hand, strategies are those that the employee, and also the managers, can use to help a colleague. Being a manager or superior can use strategies to motivate your employees without putting pressure on them or mistreating them, such as listening to their needs to arrive at a way of working that the employee can more comfortably accept by improving his or her performance as best as possible.

An example of job motivation presented below is that of a captain in the merchant marine. This job contains hundreds of responsibilities, not to mention that the performance of subordinates depends on it to the point where they must perform even in life and death situations that may arise at sea.

The captain can find his internal or intrinsic motivation in the fact that he enjoys everything he understands about naval matters, the passion he feels to understand all the content that this profession comprises, mentioning also the character of authority that in many represents a great pride and example to be followed by all his subordinates, in addition to the disciplinary figure he represents that for many can be intimidating.

The motivation of the captain at an extrinsic level can be his salary, who receives a greater amount than his subordinates, of course with more responsibilities and pressure from his superior, in addition to the business benefits that can be obtained depending on the international company to which each private company can belong has different benefits for the captains of the merchant marine.

In addition to these benefits there is the fact of traveling and getting to know even though, in this type of work the captain cannot go far away from the dock or stay long in the place, he has the opportunity to know briefly the surroundings of each city belonging to each country he visits, making this work an extraordinary experience that other types of work do not have. 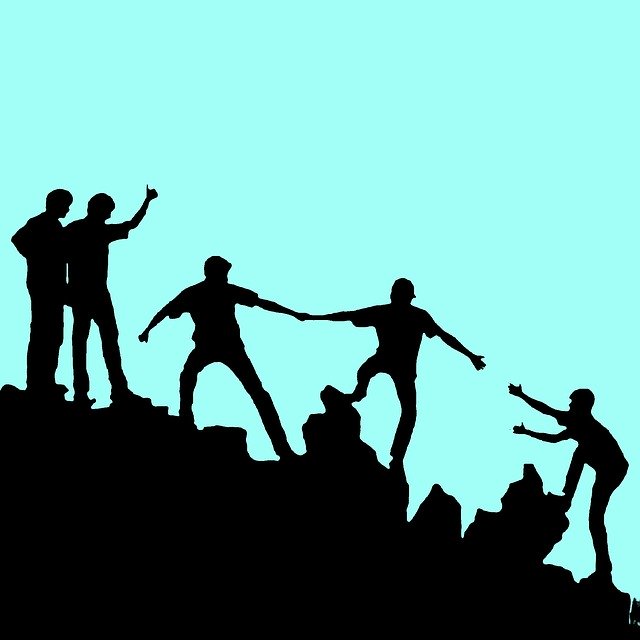 If the captain feels a sense of satisfaction in motivating his staff, in terms of helping them to improve and coordinate with their subordinates so that they do a good job, implementing discipline and character in them, you are in the presence of a transcendental motivation, where it pursues the coordination with all its crew to reach a common goal

which is to deliver the cargo on time and efficiently without presenting any problems with the ship and the organization.

On several occasions the captain may feel unmotivated on a personal level, either due to family problems, the nature of his job which involves being away for long periods of time or pressure from his superiors among the hundreds of responsibilities this position must have, which makes it a position that not everyone can perform correctly.

The captain can use intrinsic motivational techniques by looking directly into the mirror and talking to himself and breathing deeply, thinking about the characteristics and personal elements that motivate him to be in that position of authority, seeking as a purpose to release mental elements that may intervene in his work that may cause the affectation of morale in the crew and poor performance in leadership.

As motivational strategies to stimulate the performance of his subordinates, the captain can gather his crew and talk to them at a speech level, so that the whole crew listens to the captain’s criteria in order to implement discipline and obedience. Another more personal level of strategy is to interview the subordinates that the skipper catches or notices are less motivated, so that a slightly personal relationship is established, with the purpose that the subordinate feels security and satisfaction in his work, feeling that the skipper cares about him and expects the best in his performance.

Another example but at a simpler level, can be that of a waiter of a restaurant, this perhaps does not reunite all the elements of labor motivation, nevertheless, can be a difficult work at level of attention to the public that, forces the person to always put its better effort in kindness and attention to the client, as well as a good personal presentation and good attitude, thus the client does not behave to the height.

As an intrinsic motivation depending on the person, this work can represent a high internal motivation, because despite being a difficult job by the nature of the service and the constant reception of orders both from your boss, as customers who enter the restaurant looking for service, a waiter may want to be the best of all, doing their job with dignity and dedication.

The greatest motivation in this type of activity is the extrinsic one, predominant in this job based on the labor benefits that the restaurant can give, the salary and mainly the tips that, can represent even greater amount than the same salary acquired by the service.

The techniques that may be present in this type of work may be directly related to the extrinsic motivation explained above, since every human being needs money to get by, either to cover their basic needs, and for entertainment and leisure, after a heavy work week. Therefore, the employee has the expectation of good money to get ahead in life, to give himself personal likes, to go out with his girlfriend to enjoy a good weekend, which represent expectations of emotional support and mental energy in the face of the promise.

In addition, as another motivational agent and extrinsic character, there is the promise of promotion and better pay after a time of service, this work can support a family depending on the country where it is performed which can represent a major extrinsic motivation to increase the salary or change it to other functions in the restaurant that involve more work and responsibility for more pay.

As a strategy it can be presented that, at some point, a new waiter enters, so if his boss does not have the best strategies, the old waiter can use other models of strategies to improve the performance and motivation of the new worker who enters to serve in the restaurant. Of course, if the waiter feels this motivation to teach or if he is ordered directly by the boss to prepare and motivate his new staff, he can most likely carry out this motivation strategy, depending on the boss.

Already in the matter of strategies this more of the hand of the boss, who is the person in charge to maintain high the moral of the personnel, to implant an assertive discipline but not imposed, so that the employees feel happy in their work and not intimidated by threats and bad attitudes on the part of the boss.

Intimidating staff for the sake of a call for discipline and respect for the employer is often counterproductive to the encouragement that staff may receive.  Dialogue and consensual agreements are more desirable. However, the boss should be careful not to disrespect his employees as this may lead to decreased performance and resignation of staff, which should be avoided.