What is Maslow’s Pyramid?

Abraham Harold Maslow was an American psychologist known for having created Maslow’s hierarchy of needs, a theory of psychological health based on the satisfaction of innate human needs in priority, culminating in self-realization.

Maslow was a professor of psychology at Alliant International University, Brandeis University, Brooklyn College, the New School of Social Research, and Columbia University. He emphasizes the importance of focusing on the qualities that are most positive in people.

Know all information about motivation

Maslow’s hierarchy of needs is a theory of Abraham Maslow, which states that people are motivated by five basic categories of needs, the physiological, security, love, esteem and self-fulfillment.

According to Maslow, there are five categories of needs, the physiological, security, love, esteem and self-realization. In this theory, the higher needs in the hierarchy begin to emerge when people feel they have sufficiently satisfied the previous need. Although subsequent research does not fully support all of Maslow’s theory, his research has impacted other psychologists and contributed to the field of social constructionist psychology.

Below you will learn about these five categories of need, according to Maslow:

It relates to basic physical needs, such as drinking when you are thirsty, eating when you are hungry. According to Maslow, some of these needs involve efforts to satisfy the body’s need for homeostasis; that is, maintaining consistent levels in different body systems (for example, maintaining a body temperature between 36 and 37 degrees Celsius). 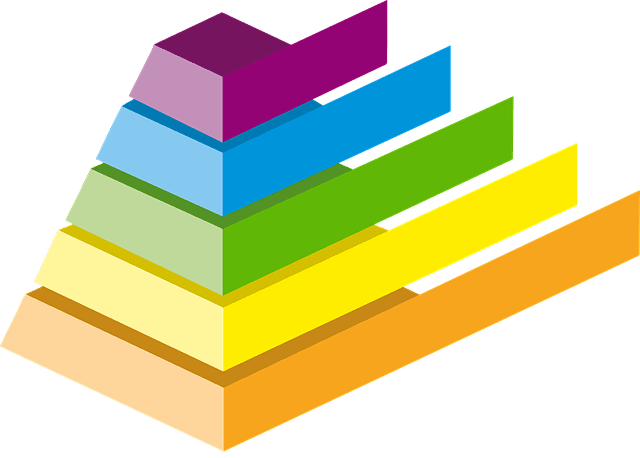 Once people’s physiological needs are met the next thing that comes up is a safe environment. Therefore, safety needs are evident even in the early years of childhood, as children need safe and predictable environments and often react with fear and anxiety when these needs are not met.

Maslow noted that, for adults living in developed countries, security needs may be more evident in emergencies such as wars and disasters, but this need may also explain why people tend to prefer the familiar or why they take actions such as buying insurance and contributing to a savings account.

Since Maslow’s time, researchers have continued to explore how needs for love and belonging affect well-being. For example, having social connections is related to better physical health and, conversely, feeling isolated – having unmet needs for belonging – has negative consequences for health and well-being.

Self-realization refers to feeling that one has successfully accomplished all the goals in life that one has undertaken. It is also to feel that we are living up to our potential. A unique feature of self-actualization is that it looks different for everyone.

For one person, self-actualization may involve helping others; for another person, it may involve achievement

in an artistic and creative field. Essentially, self-actualization means feeling that we are doing what we feel we should and want to do. According to Maslow, self-actualization is rare, and among his examples of famous people who have self-actualized are Abraham Lincoln, Albert Einstein, and Mother Teresa of Calcutta.

Why is the Pyramid important?

Studying and understanding Maslow’s Pyramid allows one to know, among other things, people’s expectations, since Maslow postulated that there were several prerequisites to meet these needs.

For example, the need to have freedom of expression and to live in a fair and equitable society, which are not explicitly placed within the hierarchy of needs. However, Maslow believed that having these things makes it easier for people to move up the pyramid of meeting needs.

Maslow also believed that we have a need to learn new information and to better understand the world around us. This is partly because learning more about the environment helps to meet our other needs. For example, learning more about the world can help us feel more confident, and developing a better understanding of a subject we are passionate about can contribute to self-realization. However, Maslow also believed that understanding the world around us is an innate need as well.

Although Maslow presented his needs in a hierarchy, he knew that satisfying every need is not an all-or-nothing process. Consequently, people do not need to completely satisfy one need for the next need in the hierarchy to arise. Maslow suggests that most people tend to have each of their needs partially met, and that the lowest needs in the hierarchy are usually those where people have made the most progress.

How is the Pyramid used?

Maslow’s pyramid can be used in almost every context of our lives. Because in all of them there are needs to be met. One of the contexts in which this pyramid is currently being used is in Marketing. In this space this pyramid is being used as the basis for marketing with specific groups of people, finding out their behaviour and response to different messages.

If you want to know which part of society you are trying to market to, you use Maslow’s Pyramid to find out where the hierarchy of needs in the average customer fits in. Because different social classes respond to different needs and markets.

In the nursing space, for example, nurses face many stressful demands and constant interruptions in their work environments. The feeling of chaos generates fatigue, and together, both chaos and fatigue are part of a larger picture that can wear down a nurse’s ability to be compassionate and joyful at work.

The experience of a busy day with multiple urgent tasks and continuous demands can be exhausting. Simply making an important call to a colleague, but not having the phone number, can even complicate a nurse’s work to the point of frustration. Frustration can wear down patience and well-being.

Thus, the resilience of nurses and the adoption of technology in health care can be understood in terms of a hierarchy, much like Maslow’s hierarchy of needs.

At the top of the pyramid is what is called a climate of respect, where nurses feel a sense of control and support. When the first three areas of need in the hierarchy are resolved, starting from the bottom, there is a greater possibility of resolving them at a higher level of self-realization, that is, as nurses move up the pyramid of Maslow’s needs, they are better able mentally to provide better care to the patient.