What is a partnership?

This type of partnership is often referred to as a regular partnership. It consists mainly of a form of partnership in which the partners, based on the contribution they make to the share capital and in the name of a defined company name, have the possibility of participating in the management of the company, as well as in its profits, rights and so on.

Get to know all the companies

Thus, the partnership allows the administrative members to have a commitment to the company. Although it is not as common as other types of partnerships, its consolidation represents a commercial partnership in which all the partners are under a common corporate name, where they participate with the same rights. At least two partners are required for its foundation.

Let us know more about this type of society.

Characteristics of a partnership

One of the main characteristics of this type of society, has to do with the fact that it has a patrimonial autonomy, which facilitates that each one of the partners can take care of and count on their own patrimony for the answer to obligations and debts contracted as society.

Liability of a company with a partnership: in this aspect, each of the partners has unlimited liability, however, it is possible that this element can be restricted according to the registration in the Commercial Registry. Thus, in the event that not all of the company’s debts are covered by the partnership’s assets, the partners will be the ones to support the partnership, who will jointly and severally assume the debt to third parties.

Share capital: there is no minimum amount established to be able to incorporate a company.

Partners: although there is no maximum number of partners that have to be present for the constitution of the company, it is required that there are at least two partners, who participate in the company on equal terms. It is not necessary for the established share capital to exist.

Requirements: it is extremely important to have clarity about the laws that govern this type of society, because in the case of the partnership, it is governed by the Commercial Code. You need to have at least two partners to be able to start, this even though there is no minimum amount established that must be had for the capital stock. It is taxed from the Corporate Tax, so that the partners do not carry out this process independently.

Regarding the organization of the company, in the case of a partnership, the partners are in a position to make decisions on different situations within the company, which can be made from the moment of incorporation and related to any aspect such as the appointment of the administrators and their respective positions, the corporate name or denomination of the company, the capital that is contributed by these, among other key elements. 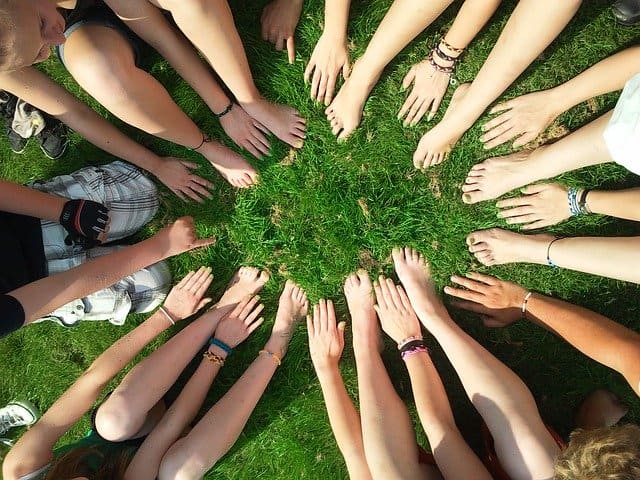 Steps to create a partnership

This type of society is governed by the Commercial Code, so you should consult in the legal operation of each country, the special conditions for access from the partnership. Once this has been done, it will be necessary to request a negative certification with the name of the company or the business name in the Commercial Registry.

After that, the tax identification number or NIF must be obtained, which will be issued at the Tax Office.

Once the contract is completed, it is passed to the Commercial Registry to begin the registration process. The transfer tax must then be paid, as well as the documented legal acts, so that the company can finally be registered with the Provincial Trade Registry.

Advantages of a partnership

One of the main advantages of this type of partnership is that all the The company’s partners have the possibility of having a say in the company’s affairs, as well as being able to share in the company’s profits. It is possible that, with the course of this modality, the company can obtain good capital, since it does not have a certain number of partners as a limit, which increases its probabilities of expanding the capital.

A partner has the right to decide how he contributes to the partnership, either with his capital as a capitalist partner, or with his work, being an industrial partner.

This is how this type of partnership works, however, we recommend that you talk to an expert before starting the process to consult on the regulations in your country and that you are informed about the particular processes that are being developed there.